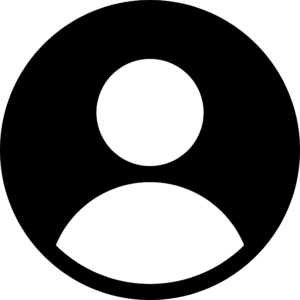 Nain (9-la,6-la,4-la): These rugs are one of the finest rugs produced in Iran woven in master workshops. Nain has been producing fine rugs since the beginning of the 1930’s. These rugs utilize excellent quality wool either from Iran or imported from New Zealand. Their traditional colors are blue, beige, white, and shades of brown however some pieces are produced in red or green. They also use silk to accentuate the floral motifs which are executed with time-honored experience and skillful hands.

The quality varies with the price. The rarest specimens being the 6-la and 4-la rugs which are masterpieces of design and beauty woven with six-ply or 4-ply cotton. This technique designating the quality of the rug and the closeness of the weave is exclusively utilized by Nain workshops. As can be expected the prices of Nain’s vary according to the quality, design and workshop. The most sought after Nains are known as Habibian Nain’s. These rugs were named after the great master workshop weaver and designer, Fatollah Habibian known as the “Father of Nain rugs”. Nain rugs are wooven in all sizes and today the rug workshops in Nain are still prolific in their creativity.

Antique/ semi-Antique rugs of Nain (the earliest and most collectable pieces usually named as Nain Tudeshk) represent one of the best “modern” periods of carpet weaving in Iran comparable to the sixteenth and seventeenth century Safavid court carpets in opulence and purity both in color combination and design excellence. The Nain Tudeshk rugs were produced with exceptional quality and attention to detail but in limited number during the beginning of carpet production in Nain from 1917-1928. Most of these exceptional pieces were not produced for export but rather for the new rich during Reza Pahlavi’s reign. The knot count on these rugs varied from 500.000 knots/m2-1.200.000 knots/m2. The movement to establish master handmade rug workshops in Nain occurred after the Aba(woolen outer garment worn during the nineteenth and early 20th century usually by mullah’s and/or Muslim Clerics.) market collapsed. with the import of western style of fashions and fabrics the aba cloth-weaving trade went into decline and presumably the looms were converted to the manufacture of fine handwoven carpets.

Fatollah Habibian, recognized as the father of Nain rugs and one of the greatest carpet design masters in that town and Iran as a whole, decided to start one of the most recognized carpet master workshops with his brother Mohammad Habibian. Many of these early master pieces produced in the Habibian workshop had 100-120 knots/cm2. Carpets in Nain were woven on cotton foundation, with silk and wool pile. The designs were initially influenced by Isfahan patterns, since these cities are located within 150 km in proximity to each other. However mid-way through the 20th century there was a change which differentiated Nain rugs to there counterpart. Both there designs and colours became independent of Isfahan rugs by use of more bluish hues, pale brown, cream, ivory and white tones in there colour palettes.

There are no reviews yet.

Be the first to review “NAIN 9-LA” Cancel reply

This website uses cookies to improve your experience. We'll assume you're ok with this, but you can opt-out if you wish.Cookie PolicyACCEPT

Any cookies that may not be particularly necessary for the website to function and is used specifically to collect user personal data via analytics, ads, other embedded contents are termed as non-necessary cookies. It is mandatory to procure user consent prior to running these cookies on your website.